"Kiwanis clubs focus on changing the world by serving children, one child and one community at a time"

That quote represents the mission of Kiwanis International as well as Kiwanis of Newburgh, N.Y., one of the oldest, continuously active Kiwanis organizations in New York State.

Recently, Mark Zuckerberg, CEO of Facebook, noted "there has been a clearly documented trend across the world of declining membership in a lot of different kinds of communities."

Zuckerberg cites this as a destructive factor, eating away at the social fabric.

We agree, and that is why H2 Studio was motivated to help Kiwanis of Newburgh boost membership by designing a website which would engage, convert, and continue to build the kind of community Zuckerberg refers to.

Like other membership organizations in the United States, Kiwanis of Newburgh in particular struggles to enlist members in the younger, millennial professional group.

The leadership at Kiwanis of Newburgh believes that without a consistent stream of younger members, the organization faces the prospect of aging out and eventually disappearing. Nobody wants that. 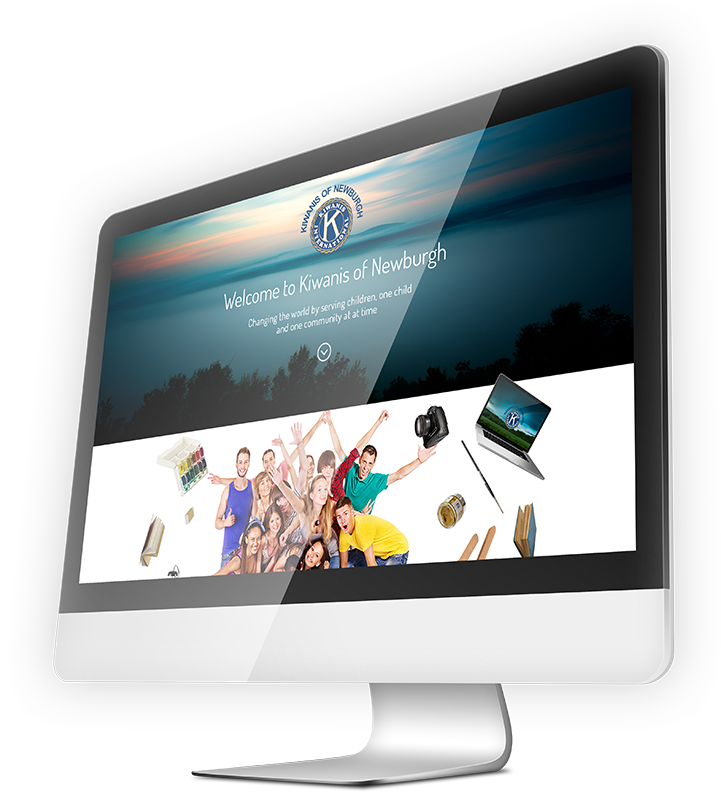 H2-Studio proposed that up and coming, young professionals are interested in finding opportunities to broaden
the scope of their experience which they can not only add to their resumes
but also to their social pages, right on their LinkedIn profiles. A LinkedIn promotion was included as a part of the website design and marketing strategy.

In fact, H2-Studio designed a section to showcase the individual LinkedIn profiles of each Kiwanian right on the home page of the Kiwanis of Newburgh's website. 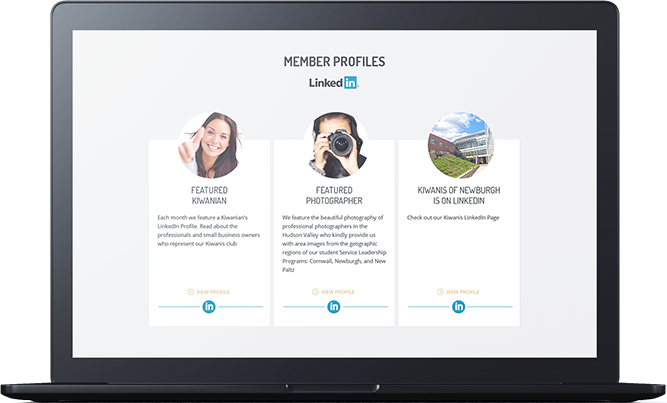 Service projects are a significant part of the work high schoolers whom Kiwanians partner with must do. Part of the strategy presented also included a showcase of  the many Kiwanis service projects that Kiwanis of Newburgh's high school groups participate in. Of course, this partnering not only teaches high schoolers civic mindedness, but it begins what is hoped to be a lifelong connection to Kiwanis which will one day return high schoolers who have transitioned to adult professional careers back into an adult membership role as Kiwanians. 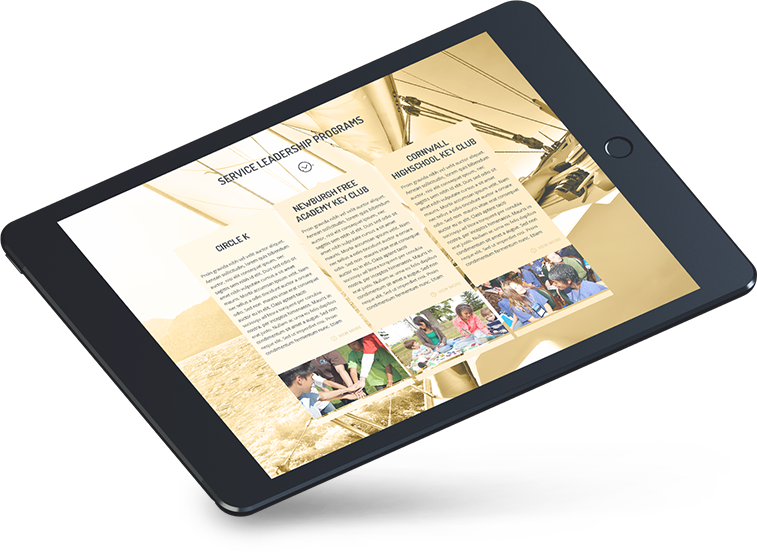 Print materials would emphasize members' LinkedIn profiles, and how the website made this a major feature.

A major push was also initiated on Facebook, as well, where interested potential members could see the value that membership in Kiwanis of Newburgh presented not only because the opportunity for philanthropy is virtuous in and of itself, but because on a professional level, individual civic mindedness and philanthropy are valued and there is no better place to show that then on social channels.

In turn, these social campaigns accrued SEO value back to the website. 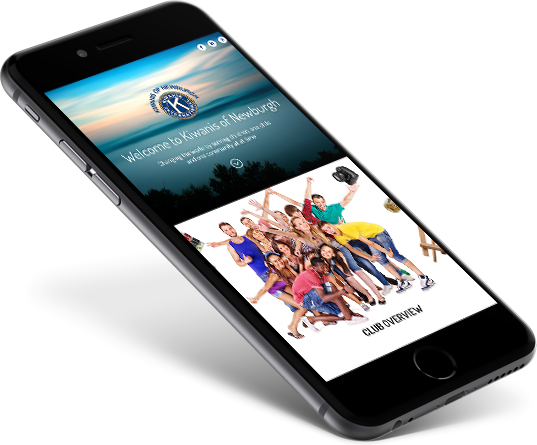