Students at this ROTC program-run school are taught core values such as
character and leadership by emphasizing that the traits learned on the playing field and in the class room develop the youth into the adult leader he or she eventually becomes.

While the model is military, the reality is 97% of NYMA (New York Military Academy) graduates do not go to service academies such as The United States Military Academy at West Point or into the military, but rather enter traditional careers or trades. Our job was to convey the benefits a military prep school offers in terms of leadership and character development.

We were tasked with crafting a complete brand package, from a print “viewbook” mailer, which detailed the school offerings to prospective students, to out of home advertising on: bustails, billboards, and train depot kiosks; to radio spots on one of New York City's flagship network radio stations, WABC AM Radio. 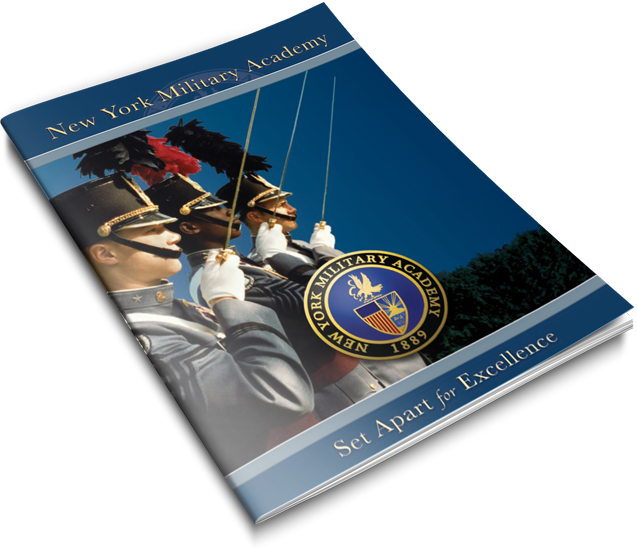 We were in attendance when Special Forces Officer Randy Jones visited the campus. He and his entourage were accompanying a Huey Helicopter across the country to its final destination at The Smithsonian Museum. The helicopter was being enshrined at The Smithsonian in homage to the important role it played during the Vietnam War.

Jones met with many of the cadets and they made quite an impression on him. When he addressed them, he observed that they were unlike average public or private high school students. He noted, because of their military prep training with its focus on leadership and character development, that they are "set apart."

The website we created focused on the four ways in which New York Military Academy students are set apart: in academics, athletics, sports, and leadership. 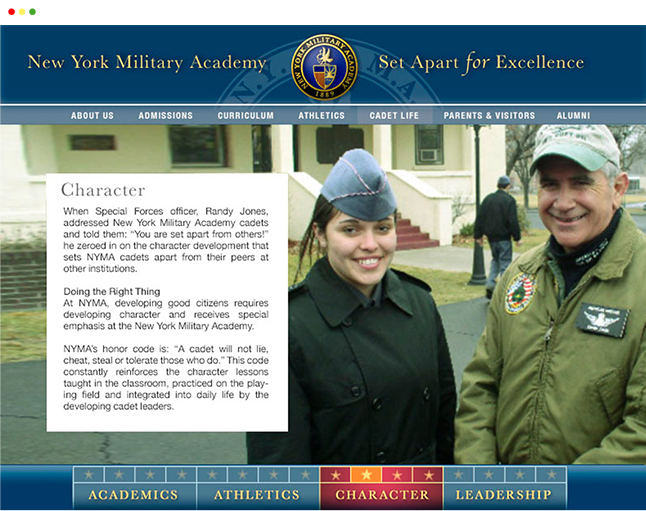 Of course besides the website redesign, a print redesign was included, along with new letterhead, business cards, and brochures.

The stunning package was well received and the skeumorphic treatment of the military coin logo continues to deliver high brand recognition.

A Style Guide has reinforced brand continuity and is the source of reference for all new design efforts. 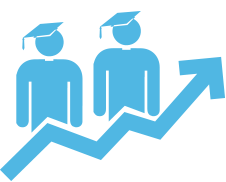 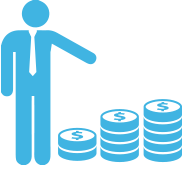 Significant re-engagement
of major donors from the
Alumni base